The InnoTrans show made its comeback this year following a two-year absence due to the Covid pandemic. Close to 3,000 exhibitors took part in this 13th edition, which brought together some 140,000 professionals from across the world to learn about the major innovations in the rail industry. 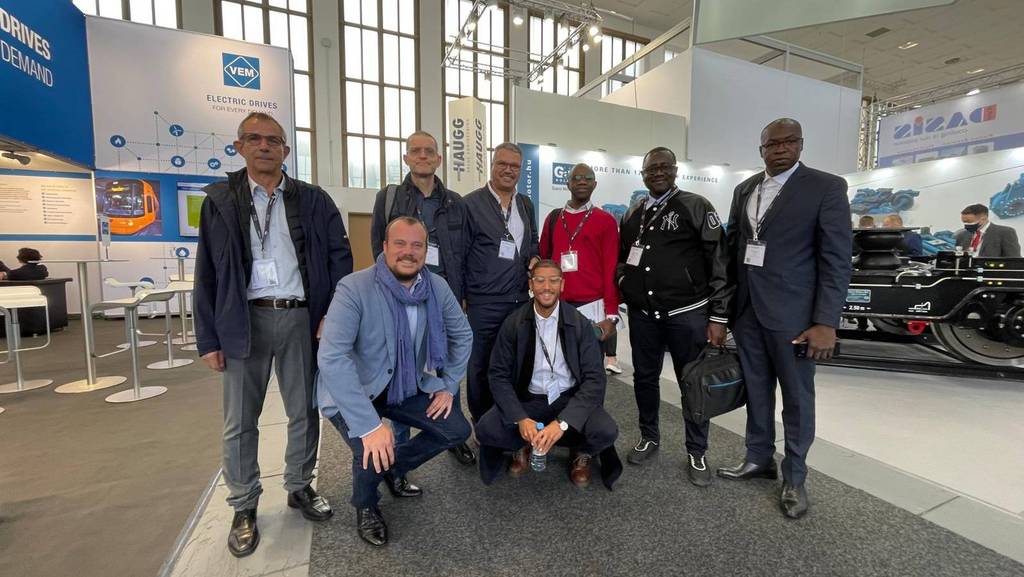 Initially planned for 2021, this most recent edition finally took place from 20 to 23 September 2022, by decision of the organisers, allowing the exhibitors to create their life-size demonstrations and to use the facilities available to them, including the outdoor display area and the 3,000 metres of railway.

One of the companies present at this key meeting point for the rail industry was Bolloré Railways, holder of two rail network concessions: Sitarail (the railway line connecting Côte d’Ivoire with Burkina Faso) and Camrail (operator of Cameroon’s railways). The teams from Bolloré Railways made good use of this opportunity to talk about future investments with their main suppliers, and to move forward on modernisation plans.

For Sitarail, 2022 saw the acquisition of a new tamping-levelling-lining machine worth €3 million. Further new equipment is expected to follow, for maintaining the railway between the two countries.

As far as Camrail is concerned, the company has already invested more than €15 million, in 2019 and 2021, to purchase new locomotives produced by General Electric (now WABTEC). Having now embarked on a second five-year investment plan, it is preparing to renovate 567 km of track on the Belabo-Ngaoundéré and Douala-Yaoundé sections, with assistance from the Cameroon government and international sponsors (the World Bank, the European Investment Bank and the French Development Agency).

InnoTrans is the leading international trade show for transport engineering, taking place every two years at the Berlin exhibition centre. Organised by Messe Berlin, the latest show brought together 153,421 professional attendees from 149 countries, and 3,062 exhibitors from 61 countries.

Further information can be found on the website www.innotrans.com