Bolloré Transport & Logistics, Camrail and SEPBC combine their activities to increase the exportation of Bélabo timber in Cameroon 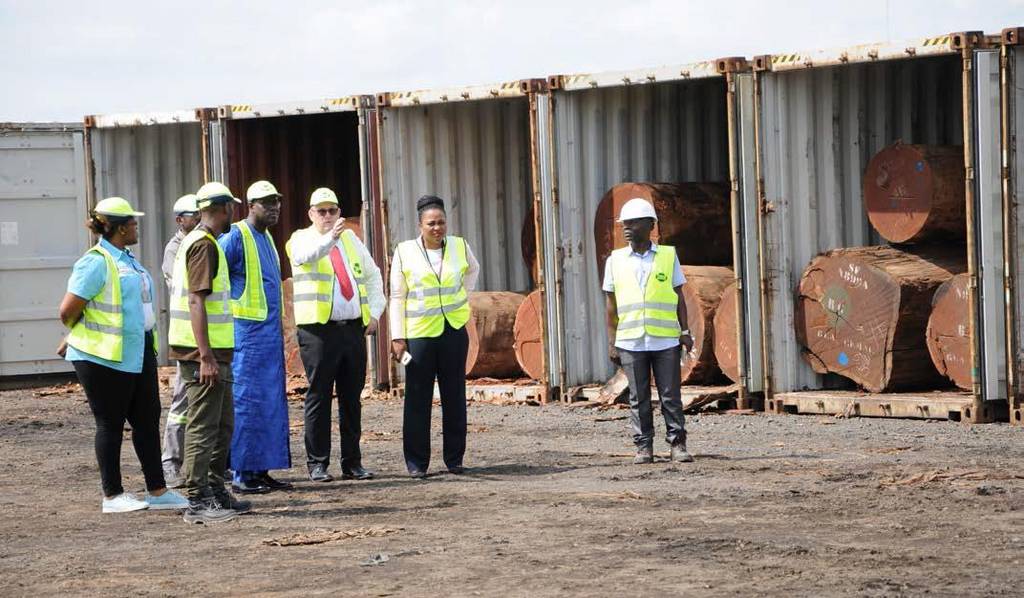 Each year, nearly 2 500 000 m3 of logs are produced in the country, for a turnover of approximatively 567 million euros in 2017. However, this trend is declining, due to an increase in export taxes but also as a result of logistical complexities.

As part of this alliance, Camrail will transport the wood from Bélabo to Bessengué and provide wagons to ensure the transfer of loaded containers to Bessengué towards the Port of Douala. SEPBC will be responsible for loading the containers as well as all related procedures whereas Bolloré Transport & Logistics will be in charge of lifting and transit operations.

Being a central point of this logistical solution, the Bessengué loading site aims to optimize the rotation of wagons transporting wood and to maximize the operation of loading the SEPBC logs, while also increasing the available surface area at the terminal of the Port of Douala.

Working together with Bolloré Transport & Logistics for over six years, the SEFCA (Société d’Exploitation Forestière Centrafricaine) operates the Bessengué logistics hub to transport and export logs from the Central African Republic and Bélabo to Cameroon via the Port of Douala. SEPBC primarily exports to Asia, particularly China and Vietnam, which accounted for 974 978 m3 of logs in 2017.