Convinced that prevention is the best weapon against AIDS, Bolloré Transport & Logistics has been helping to curb the pandemic through prevention, screening and care management for its employees for nearly twenty years. 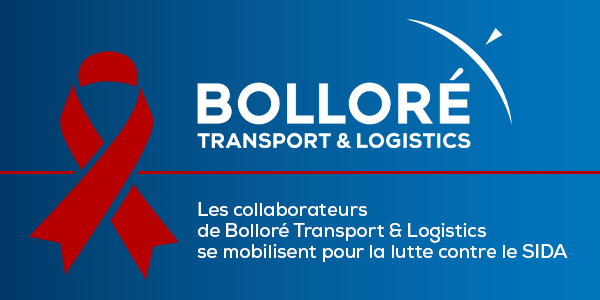 Free and anonymous screening campaigns are regularly organised in Congo, DRC, Kenya and Burkina Faso, which worked in partnership with the African Solidarity association during this year.

In Côte d'Ivoire, food and non-food items were distributed to the NGO SEV-CI, which has been involved for nearly 10 years in the prevention, care and treatment of children living with the virus. This action aims to support the efforts of the NGO in the care of children victims of this disease.

Social networks also made it possible to share numerous messages, supported by media such as posters and flyers aimed at employees in Cameroon and Senegal.

Finaly, Camrail a subsidiary of Bolloré Railways has a care unit open to the public, welcoming people living with the AIDS virus.