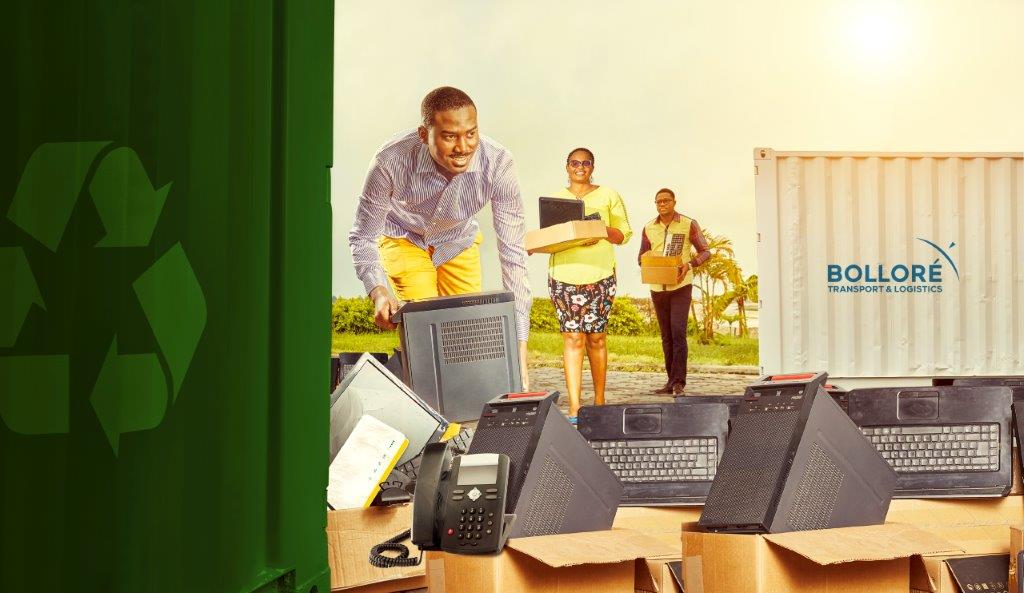 Five (5) 20-foot containers were provided and transported by Bolloré Transport & Logistics operational teams to various sites. The launching of this operation took place on Wednesday, February 13th in Treichville. The representatives of the various partners and authorities of this town were present at the ceremony.

Initiated by the mobile operator MTN, this initiative aims to raise awareness of the populations of the concerned areas and encourage them to develop responsible behavior? by disposing of used electronic equipment (household appliances, refrigerators, telephones, computers, game consoles, televisions, etc.). ) at these collection points for recycling.

As a socially responsible company, concerned about the well-being of the population, Bolloré Transport & Logistics intends to play a role in the protection of the environment. By joining this operation, it wishes to limit the spread of toxic substances such as lead or mercury and to prevent them from endangering local populations.