Congo Terminal, operator of the container terminal at Pointe-Noire, and a subsidiary of Bolloré Group, has broken a new productivity record in container handling by attaining an average of 75 movements per hour. 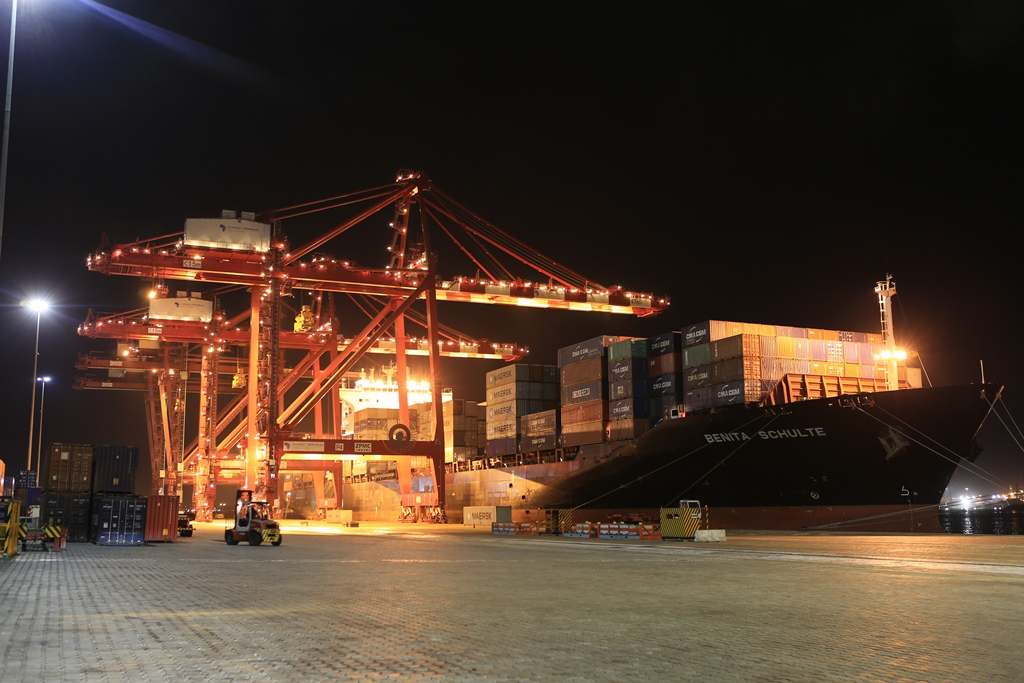 When Bolloré Group took up the concession in 2009, productivity at the terminal was 20 - 25 movements per hour. The outstanding performance achieved since then has been due to a number of factors, rewarding the investment made over many years by Bolloré Group. The four STS gantries equipped with state-of-the-art technologies have reduced port calls to less than 24 hours.

The Port Autonome at Pointe-Noire is pursuing its process to modernise its installations and equipment, and is awaiting delivery of an additional mobile crane on October 12 and the delivery by the year’s end of 12 yard gantries (RTG) for an investment in excess of 21.5 million euros.

The new acquisitions will enable the terminal to increase productivity and improve the quality of service offered to importer customers and ship owners, establishing the Port Autonome as the main gateway to the Congo basin and Central Africa’s leading transhipment platform.