The 7th edition of Marathon Day, the Bolloré Group’s solidarity race, took place this year on 26 September 2022. On the day, employees from all over the world came together with one and the same goal: to cover 200,000km by walking, running or cycling to mark the Bolloré Group’s 200th anniversary. The challenge was completed within a week, thanks to 15,000 participants from 94 countries. 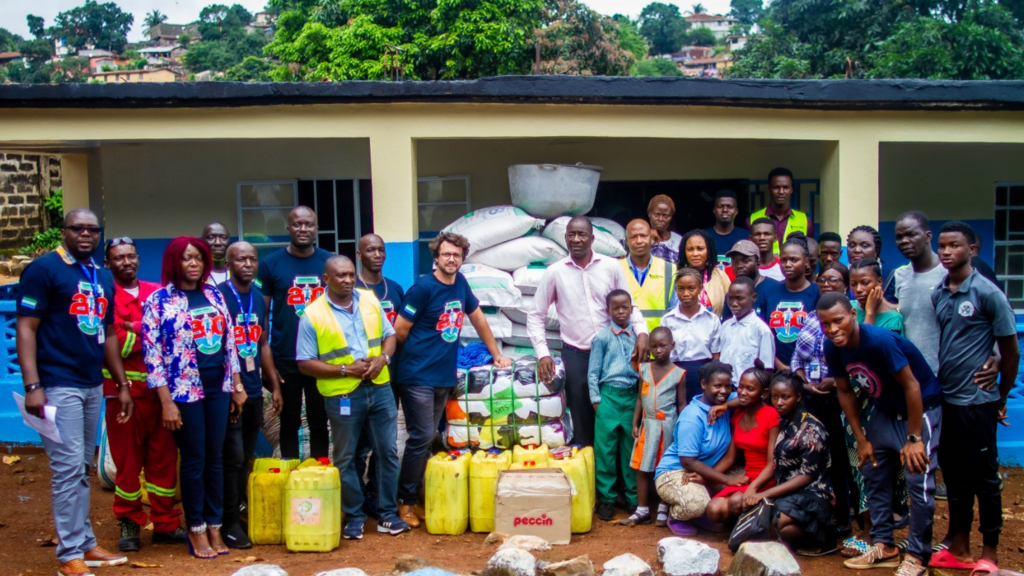 Marathon Day is an opportunity to bring employees together around a solidarity event that is fun too. Many countries take the opportunity to get involved in their communities. In France, for example, the teams in Toulouse decided to make a food donation to the Secours Populaire, to help fight poverty and exclusion in all its forms.

In the United States, employees in Miami donated to help vulnerable families in the city of St. Jude.

In the Congo, the top Congolese students at the Ucac-Icam Institute received tuition subsidies.

In Gabon, the teams donated school kits to the municipality of Moanda through the BANGWABETE LIFE charity, to help 44 children in the neighbourhoods.

In Senegal, provisions and medicine were given to APHO and Colombin, two charities supporting people with disabilities.

In Madagascar, food was distributed in a school in Diego-Suarez to combat malnutrition among children from disadvantaged backgrounds.

In Sierra Leone, the teams helped to renovate the Nehimia Life Line orphanage building. Supplies and food products for a period of 12 months were also handed out.

Once again this year, the ten countries that managed to rally the highest number of employees in proportion to their staff numbers will also make a donation to local associations supporting young people.