Bolloré Transport & Logistics Benin organised a meeting with the Benin Armed Forces (Forces Armées Béninoises, FAB) on 15 and 16 November 2022 to discuss the various issues related to the safety and security of the logistics activities involved in the western link project along the Cotonou-Niamey corridor. 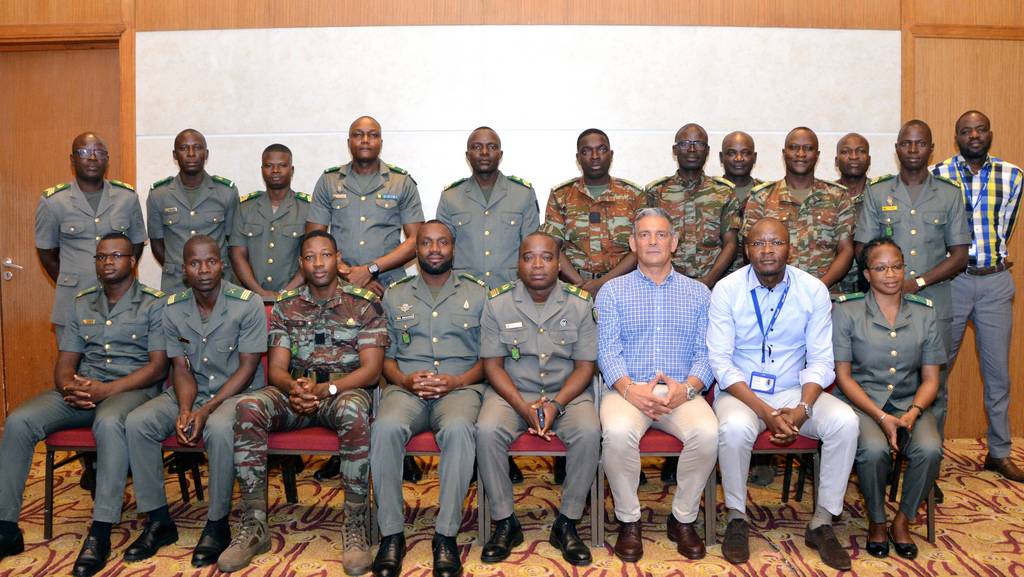 The meeting was moderated by Johanne Lamotte, Regional Head of Security at Bolloré Transport & Logistics, supported by local QHSE teams, and with the participation of a delegation from the FAB General Staff. Based on the sharing of experiences, it was also an opportunity to reflect together on areas for improvement in order to strengthen their collaboration.

Managing Director of the Benin-Niger Cluster of Bolloré Transport & Logistics

We are delighted and honoured to cooperate with the Benin Armed Forces and to deploy all our transport and logistics expertise to fulfil our mission as a logistics provider to the best of our ability. We are very satisfied with this meeting, which represents a fine example of civil-military initiative and has allowed us to move forwards effectively on various subjects.

With its expertise in the fields of multimodal transport and custom logistics, Bolloré Transport & Logistics Benin was commissioned to organise and manage these operations between Niger and the port of Cotonou. The project has two components: overland transport of cargo via the company’s secure surfaces in Niger and Benin, and FOB delivery on chartered vessels.