On 28 November 2022, Freetown Terminal, a subsidiary of Bolloré Ports and operator of the container terminal at the Elizabeth II Quay in Freetown, obtained the Green Terminal label. The label was awarded following an audit of its facilities by Bureau Veritas, and confirms the company's good results in terms of sustainable management of its activities. This is the ninth Bolloré Ports concession to receive this label. 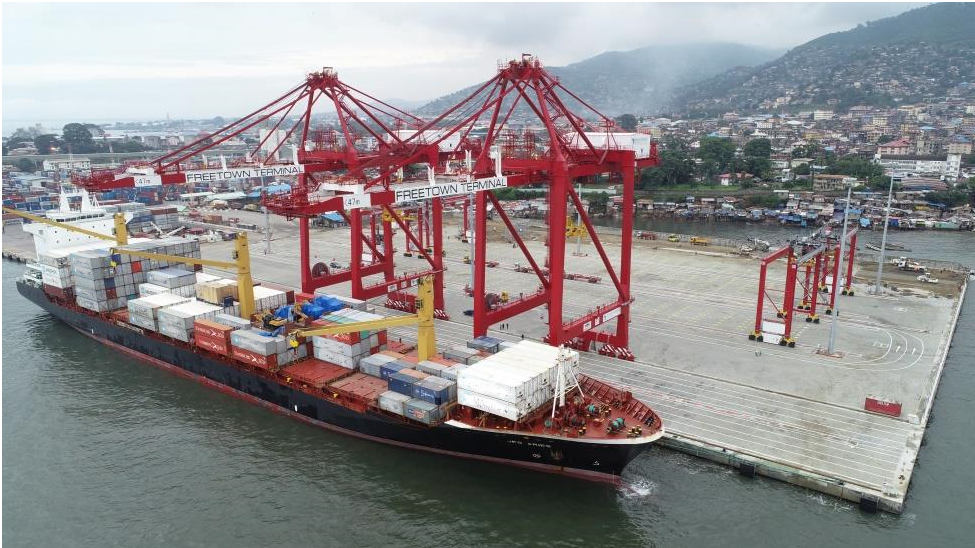 Freetown Terminal has been committed to an ecological transition process for several years. An action plan deployed within its port site led to a reduction of around 30% in its environmental impact between January 2019 and September 2022.

Measures taken to limit its environmental impact include the acquisition of electrical equipment (STS gantries and tractors), the installation of a 100% LED lighting system, the use of renewable energy solutions such as solar-powered street lamps and water heaters, and the introduction of digitalised solutions to reduce the flow of goods through the terminal.

In terms of CSR, the company has also installed water fountains on its site, which have prevented the use of 14,200 plastic bottles per year. In 2019, it also launched a reforestation operation along the terminal wall on a total area of 1,200 m². Finally, awareness-raising actions are regularly carried out with employees to help them better control their water and energy consumption within the terminal.

As a port operator, we are fully aware of our role in reducing greenhouse gas emissions from transport and logistics activities. The implementation of the Green Terminal labelling process has enabled us to measure our environmental performance and to use a reference framework to help us improve our results over time. We will therefore continue our efforts and aim for a better score next year

The Freetown terminal, with a capacity of 380,000 TEUs, is the main container terminal in Sierra Leone and the most important gateway for trade and commerce in the country. Bolloré Ports, which employs hundreds of people at the container terminal, has recently undertaken a series of works and improvements, including the integration of modern, suitable and environmentally friendly handling equipment. The objective of Bolloré Ports is to match the productivity of these port infrastructures in Sierra Leone to the level of the best ports on the African continent as quickly as possible.