On 20 November 2021, the Bolloré Ports subsidiary, Moroni Terminal, started off a water purification project to provide drinking water to four schools on the island of Grande Comore. Moroni Terminal - in conjunction with the NGO 2 Mains - worked alongside public authorities to improve access to drinking water and raise youth awareness about good hygiene practices to reduce the spread of waterborne diseases.

As a partner of Moroni Terminal, since 2021 2 Mains has led the assessments needed to launch the project in four schools located in Moroni, Bambao and Mbadjini. The project was made possible thanks to a partnership signed on 9 December 2019, which financed efforts to provide 4,000 pupils with drinking water. The solution is based on a vision of autonomy and sustainable development in the field of water treatment for human consumption.

With € 30,000 in funding from Moroni Terminal, this initiative is part of Earthtalent by Bolloré, the Group’s international solidarity programme.

Since 2012, Moroni Terminal has provided terminal handling services at the Port of Moroni. It directly employs more than 200 Comorian employees and generates 800 jobs in connection with its operations. Committed to an active CSR & Sponsorship policy, Moroni Terminal also makes sure to align its business with the Bolloré Ports Green Terminal labelling process, of which one of its fundamental pillars addresses a social commitment to local stakeholders.

Moroni Terminal supports a project that is vital to the populations of the Comoros. We created the Wash project to give the school community better access to water. Support from a private operator during this global health crisis is key if we want to continue improving the living conditions of our brothers and sisters.

We sincerely thank each and every person who played a role in setting up this wonderful project, in particular the NGO 2 Mains, despite the current pandemic that often kept things from running smoothly. This effort builds on the commitments we have adopted to corporate social responsibility, and we are proud to have given our support 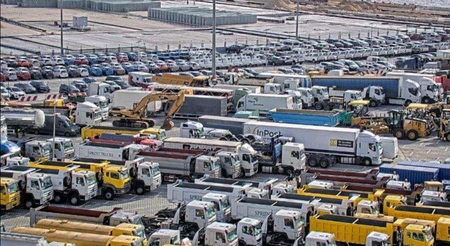