Smooth sailing for phase 2 of the Kribi Industrial Port Complex

On 26 September 2022, the Autonomous Port of Kribi (PAK) and Kribi Conteneurs Terminal (KCT) signed an amendment to the concession agreement for the container terminal at Kribi deep-water port. 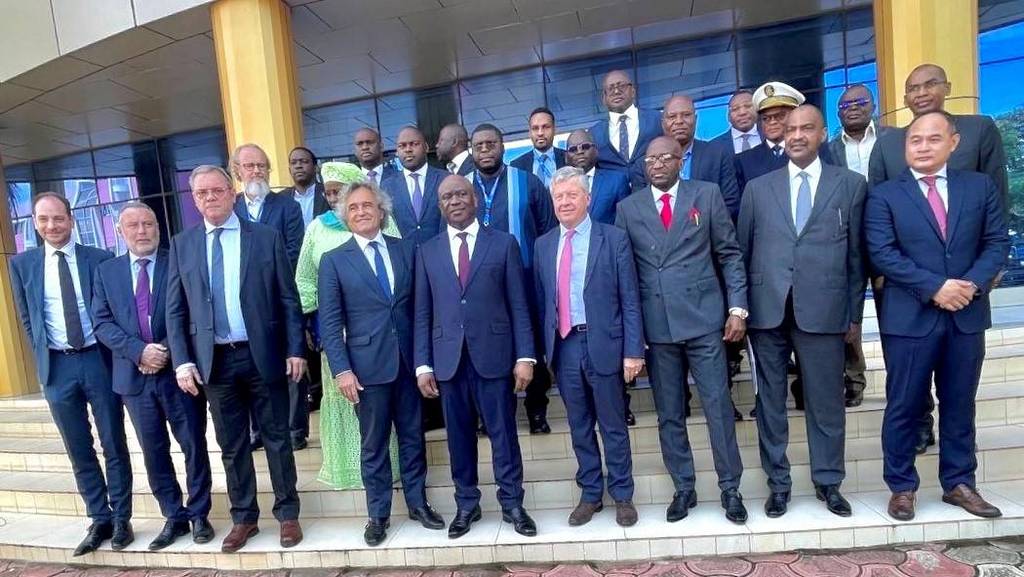 The parties reviewed the achievements of KCT since it began operations in 2017 and defined the funding arrangements of the 2nd phase of the Kribi Industrial Port Complex. This project will be completed by the end of the first half of 2024 with the construction of a new 715-metre quay, a 30 hectare+ yard, and the acquisition of 5 new RTGs and 15 STS gantries.

As a means of connectivity, the port of Kribi will be able to triple the capacity of the container terminal to reach the threshold of one million (TEU) containers handled and confirm its status as a leading hub serving the economy of Cameroon and the sub-region. It will increase employment and skills, and improve the development of social services for the population.

In addition to the port infrastructures, industrial and logistical investments have also been made in Kribi. These will benefit from the positive impact of the 2nd phase of investments planned within the framework of the agreement signed between the Autonomous Port of Kribi and KCT.

We are very pleased with the signing of this agreement and we confirm our commitment to invest in this port which is a first-class regional logistics facility. We are delighted with the development prospects provided by the industrial port complex. I recommend to everyone who hasn’t yet taken an interest in Kribi to hurry up and get involved in this great logistical opportunity supporting the socio-economical ecosystem

With 500 hectares of developed land, the port already boasts a leading platform for industrialists involved in production (cement, flour) and local processing (cotton, cocoa, cashew nuts, etc.). Logistics warehouses serving the shipping connectivity of the industrial port complex are also operational. The Port of Kribi is a driving force for African connectivity and will eventually be connected to the town of Edéa by a motorway.

The signing of this amendment to the agreement demonstrates the joint ambition of the port authority and the container terminal’s shareholders for the development of the Kribi industrial port complex. With the continuous growth of volumes recorded this year, the Kribi terminal is the main entry point of goods for Cameroon, Chad and the Central African Republic. The phase 2 investments will reinforce this for the benefit of local economic stakeholders

Consisting of a group of Cameroonian shareholders, Bolloré Ports, CMA CGM and CHEC, Kribi Conteneurs Terminal (KCT) is the concessionary for the Kribi deep-water container port. The company, which employs 300 Cameroonians, carries out a number of initiatives each year in key sectors such as health, education and environmental protection. KCT offers the Cameroonian logistics chain a modern infrastructure, adapted to the new generation of transoceanic ships, that can accommodate vessels up to 11,000 TEUs. Gateway to Cameroon and the countries in its hinterland, such as Chad and the Central African Republic, this terminal is facilitating trade across the region and accelerating the country's economic growth. Kribi Conteneurs Terminal also wishes to position itself as a transhipment hub.