The “ROOM FOR SUCCESS” scholarships programme will launch in November 2022 thanks to the involvement of the Cité internationale universitaire de Paris president Mr Jean Marc Sauvé, and Bolloré Group CEO Mr Cyrille Bolloré. These scholarships will be available to around 20 students judged to be in the greatest difficulty following a social assessment (available income, difficulties not covered by conventional CROUS and student employment assistance) and will deliver a targeted response to the specific characteristics of the crisis and the individual situations of students or researchers (family issues, failing health) while offering support to optimise their care and help them through these challenging periods. 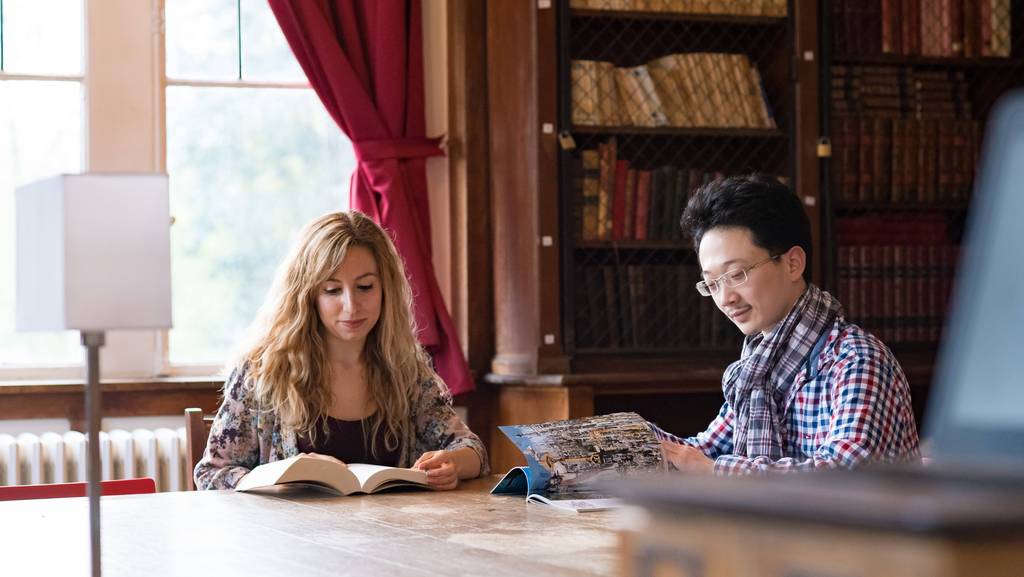 The Cité internationale universitaire de Paris campus, a haven of peace providing accommodation for university students from more than 150 countries, was at the forefront of the turmoil caused by the 2020 health crisis. The university closures announced on 17 March 2020 effectively resulted in strict lockdown on site for most of the students and researchers housed there, two-thirds of whom had chosen not to return to their homes: some 4,000 residents, from a total of 7,000 beds at the Cité internationale universitaire de Paris, remained on site at that time. At the start of the following academic year, the residences filled up once again, housing around 6,000 students and researchers, one third of them French and two thirds of various nationalities.

As time passed, another source of concern emerged: the rapidly increasing number of students in precarious situation, resulting in a ten-fold increase in requests to the Cité internationale universitaire de Paris for emergency support.

The suspension or cancellation of internships and student jobs (courier work, child care, private tuition, bar work, etc.) with those involved unable to claim partial unemployment, the ending of family assistance due to the crisis affecting certain emerging countries, the devaluation of currencies and the increased cost of living following the closure of university restaurants are all at the root of this dramatic situation.

The Cité internationale universitaire de Paris reacted without delay to put emergency measures in place - reducing student rents, launching a donation campaign which raised nearly €136,000, and increasing the Covid emergency fund to help 189 students in partnership with the Île-de-France region.

Despite the measures implemented (meals for 1 euro in the Crous student restaurants extended to all students, the meal distribution network set up by the City of Paris, distribution of food by the Restaurants du Coeur involving around 700 students, or 10% to 15% of Cité internationale universitaire de Paris residents) and the return to normal life allowing young people to potentially find internships and jobs again, precarity remains a reality today!

In 2021 and 2022, the number of requests for emergency assistance from young people on the campus is still strong. One quarter of requests are motivated by the loss of family financial support during the academic year, 18% by the depletion of savings put aside for their studies and 17% by the loss of paid work. In many cases, going to work while dealing with a personal situation, particularly in terms of mental and physical health, is difficult for them.

A strong link between mental exhaustion and precarious financial situation was observed by the campus’ social hub. Many students no longer have the personal resources to overcome their difficulties! The CIUP’s "Excellence" scholarships, which every year enable more than 70 residents to have their living expenses covered thanks to benefactors, companies and institutions, do not provide an appropriate response to these situations of great fragility.

This issue has been the subject of reflection and discussion between the Cité internationale universitaire de Paris and the Bolloré Group, for the past two years a sponsor of the "Excellence" scholarships which are based on academic and social criteria. These scholarships are not designed for the situations of genuine social deprivation faced by some students in the Cité Universitaire.

Following this process of reflection, Laurence Marion (General Delegate at the Cité internationale universitaire de Paris) and Dorothée Van Der Cruyssen (Head of the Solidarity Commitment and Corporate Philanthropy Department at the Bolloré Group) co-created a new scholarship programme in response to this challenge, which they hope will be short-lived.

We are delighted with this new partnership with the Bolloré Group, which opens up new opportunities to support the international students and researchers hardest hit by a difficult socio-economic context. Thanks to these scholarships, these future talents will be able to continue their studies and build a promising future

Bolloré Group’s solidarity philosophy is deeply rooted in the need to support the ambitions of the younger generation. This need responds to economic and social challenges that must be taken into account during the period of profound change we are going through, and during which the most vulnerable must be supported. For this reason, the Bolloré Group wishes to tackle this emergency situation with its partners

The CIUP (or "Cité Internationale" for short) brings together international students and researchers in the heart of Paris. Since few of them have scholarships, they depend on parental support or remuneration from internships or student jobs: this explains the magnitude of the impact, in the absence of social shock absorbers. Most of the campus houses in the Cité Internationale have put rent-reduction measures in place to help students (the Cité Internationale, as a foundation governed by private law, does not receive the rent subsidies granted to public university residences).

Founded in 1822, the Bolloré Group is one of the 500 largest companies in the world, with more than 73,000 employees in 130 countries and on five continents. Through its diversification strategy, based on innovation and international development, the company holds strong positions in its three sectors: transport and logistics, communication, and electricity storage and systems. Operating in a number of countries in transition, including in Africa, Bolloré Group contributes to the economic growth and social development of the regions in which it is present.