The President of the Republic of Timor Leste, H.E. Dr José Ramos Horta officially inaugurated the Tibar Bay Deepwater Port on 30 November 2022, in the presence of Mr Philippe Labonne, CEO of Bolloré Ports, the Prime Minister of Timor-Leste H.E General Taur Matan Ruak, and members of the Dili port community and of the Asia Pacific region. 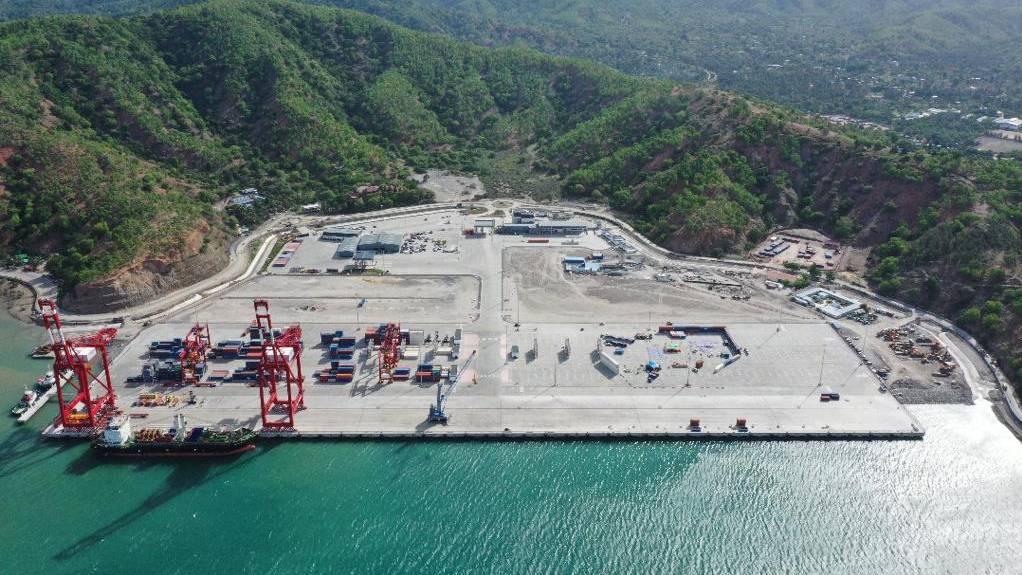 As the first public-private partnership in the country, this new port aims to improve logistics services in Timor-Leste and responds to current developments in the maritime and port world. Planned to become a regional transshipment hub, it will enhance Timor-Leste's attractiveness within the Asia-Pacific region and accelerate the country's economic development.

The new platform, located 12km from the capital Dili, received investment of $490 million and took four years to build. It has a 630m long quay with 16m of draught and is equipped with the latest generation of handling equipment, including two STS gantries and four e-RTG gantries. In its first phase of operation, the port will be able to accommodate 7,500 TEUs and handle more than 200,000 TEUs per year.

We are pleased with the completion of this major project, the largest to date in Timor-Leste. We are honoured by the trust the Timorese government placed in us and we have done our utmost to be worthy of it. We have been present in the country for many years and are proud of this new contribution to the local economy. Together, we will develop the activities of Tibar Bay Port with the ambition of positioning it as a reference infrastructure in the Asia Pacific region.

The commissioning of Tibar Bay port brings with it a local development strategy through job creation followed by employee training as well as an action plan to preserve the surrounding biodiversity. Recently achieving EDGE certification (Excellence in Design for Greater Efficiencies), the new infrastructure is also soon expected to obtain the Bolloré Ports Green Terminal label following an audit by Bureau Veritas.

The country's first public-private partnership, Timor Port cost a total of $490 million over a 30-year period. The new port is located in Tibar Bay, 12 km from Dili. It is equipped with state-of-the-art handling equipment and operating systems to handle over 7,500 TEUs. It aims to facilitate trade between TimorLeste and the rest of the world, especially China, North Australia and Asian countries. It is also positioned as a transshipment hub and a maritime gateway to the Asia-Pacific region. As a key player committed to the country’s development, Timor Port has implemented recruitment and training programmes for the Timorese population to support the growth of the project while contributing to local development.