On 30 September 2022, Timor Port officially started its activities at Tibar Bay port with the arrival of the vessels Selatan Damai of the Singaporean company Mariana Express Lines (MELL), subsidiary of Pacific International Lines (PIL), and Meratus Pematangsiantar of the shipowner Meratus. In total, it has taken four years of work to transform this greenfield site into a new highly competitive port. The country's first public-private partnership, this project involved a $490 million investment over a 30-year period. 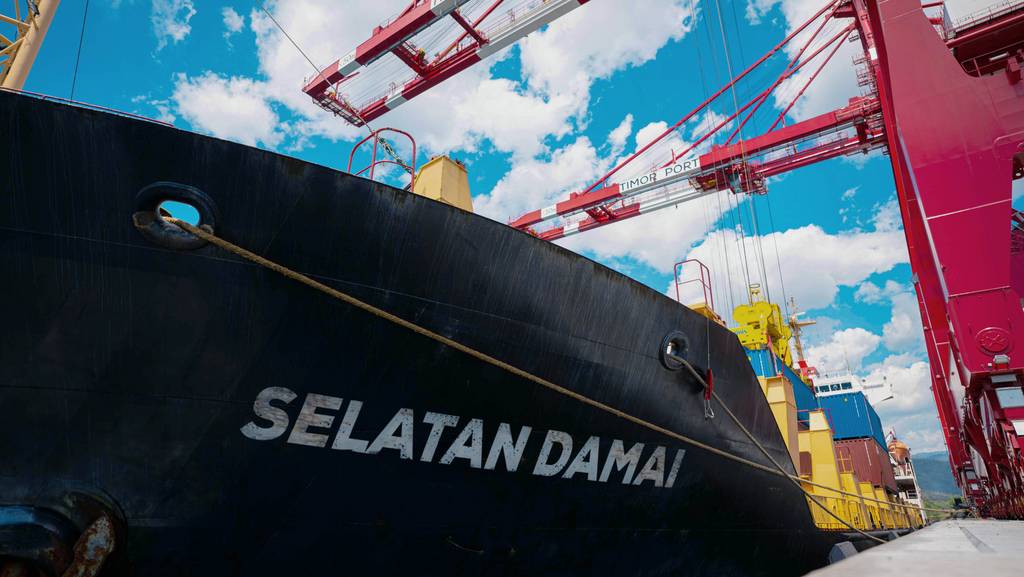 Tibar Bay’s new port will target productivity and performance levels in line with those of the world's biggest ports. It has modern infrastructures with a 630 m quay and 15 m draught. It is also equipped with state-of-the-art equipment including 2 STS gantries, 4 RTGs, 10 terminal tractors and 16 trailers.

We are proud of the completion of this project, which we have been working on for several years. The new Tibar Bay port combines the latest innovations in equipment and operating systems and will be able to accommodate all types of vessels

The commissioning of Tibar Bay port brings with it a local development strategy through job creation followed by employee training as well as an action plan to preserve the surrounding biodiversity. Recently achieving EDGE certification (Excellence in Design for Greater Efficiencies), the new infrastructure should also soon obtain the Bolloré Ports Green Terminal label following an audit by Bureau Veritas.

On behalf of Bolloré Ports, I would like to thank the Timorese authorities, the Tibar Bay teams and all our partners who have joined forces to complete this major project for the Timorese economy. This new infrastructure is a perfect illustration of our expertise in the port sector. Its commissioning will provide new opportunities and will promote regional and international trade

The country's first public-private partnership, Timor Port cost a total of $490 million over a 30-year period. The new port is located in Tibar Bay, 12 km from Dili. It is equipped with state-of-the-art handling equipment and operating systems to handle over 7,500 TEUs. It aims to facilitate trade between Timor-Leste and the rest of the world, especially China, North Australia and Asian countries. It is also positioned as a transshipment hub and a maritime gateway to the Asia-Pacific region. As a key player committed to the country’s development, Timor Port has implemented recruitment and training programmes for the Timorese population to accompany the growth of the project while contributing to local development.