On 8 April 2022, Timor Port, a subsidiary of Bolloré Ports and operator of the container terminal at the new port of Dili in Timor-Leste, launched the mangrove conservation area in Tibar Bay. 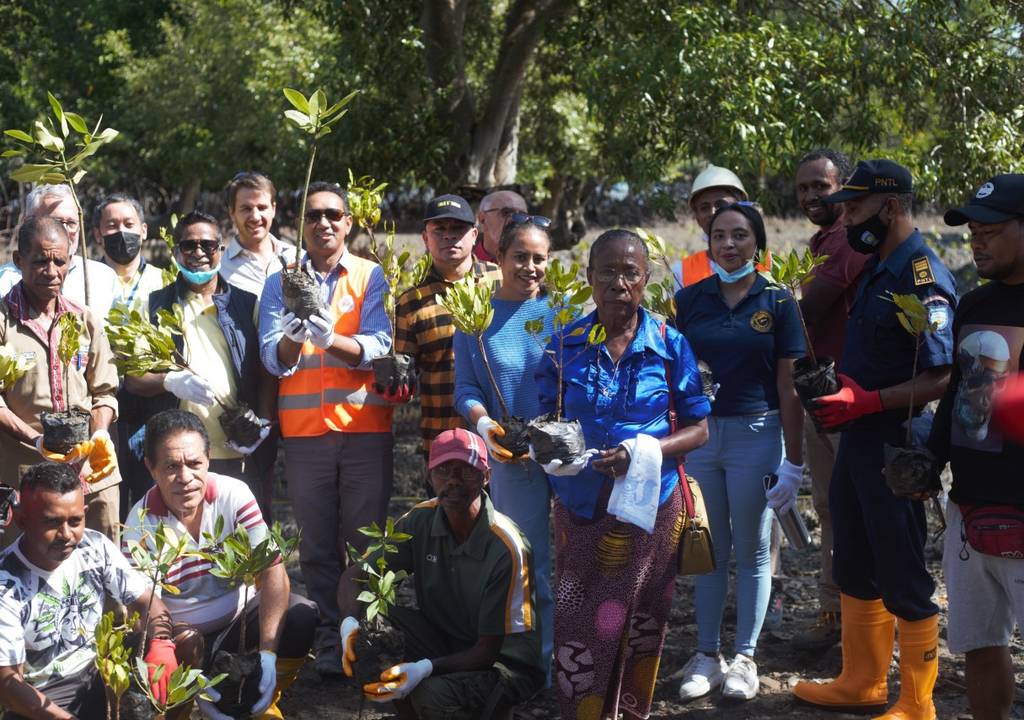 A few months before work begins at Timor Port, the initiatives to protect the eco-system of this future deep water port are continuing. Timor Port and its local partner, the NGO KFF (Konservasaun Flora no Fauna) have planted the first 500 trees in this conservation area. This ceremony took place in the presence of representatives of the Timorese environmental authority and local authorities.

The launch of this mangrove conservation area is part of its Biodiversity Action Plan. Timor Port will then plant 3.5 hectares of mangroves, which is equivalent to a total of 18,000 trees. It is also about ensuring the protection of a 20-hectare mangrove area in the immediate vicinity of the port.

We are extremely satisfied with the realisation of this beautiful project. Similarly, and still within the framework of our action plan in favour of biodiversity, Timor Port is finalising its programme for the rehabilitation and conservation of sea grass beds, and for the implementation of a protected area for sea turtles. In total, almost 23 hectares of seabed will be protected.

This initiative is a testament to how seriously we take our commitments and measures to protect the environment. With our Green Terminal label, which mainly aims to reduce the impact of our activities on the environment as much as possible, the preservation of biodiversity has clearly become a central theme. It reflects our societal commitment to local stakeholders and the Timorese authorities.

Bolloré Ports is a global player in port activity and operates 21 concessions worldwide, including 16 in Africa. As the leading operator of port infrastructures in Africa, Bolloré Ports continues to develop and invest in Africa, and also in Asia, the Middle East and Central America. Its know-how is based on three main areas of expertise: management of port concessions, port handling and maritime consignment.