On 16 May 2022, Timor Port, a subsidiary of Bolloré Ports, received two tugs, two STS gantries and four RTG gantry cranes for the Tibar Bay deep sea port concession. The delivery was made on a semi-submersible vessel specialised in gantry transportation. 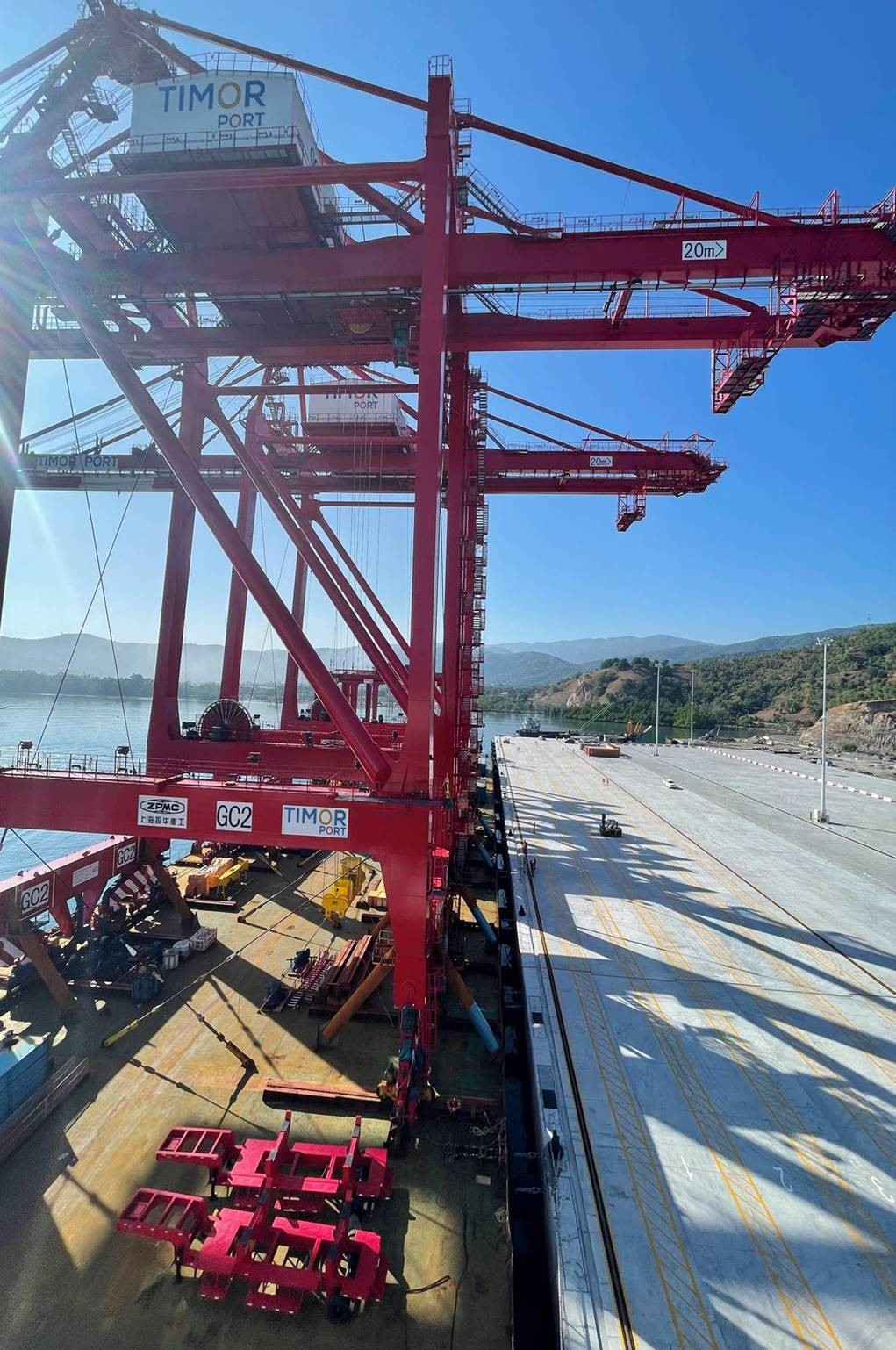 The two new STS gantries will enable the terminal to unload large container ships with increased handling speed. The four RTG gantries, each 30-metres high, will handle the loading, unloading and stowing of containers at the terminal. The tugs are designed to perform port towing operations.  They assist large ships entering and leaving the port, as well as their docking. At 30 metres long, these new Timor Port tugs are equipped with a propulsion system that allows them to push and pull ships.

Commissioning these two tugs, two STS gantries and four RTG gantries will allow us to effectively get our container terminal up and running and support our customers. They are also part of our vision to make Tibar Bay a transhipment hub and a major maritime gateway to the Asia-Pacific region,

The new machines are equipped with the latest technology. This includes a state-of-the-art control system, and a new-generation power supply system that significantly reduces CO2 emissions and energy consumption. In addition to the high environmental standards of the future terminal, the new equipment is part of the Green Terminal certification process designed to reduce the carbon footprint of operations.

These pieces of equipment, which will be deployed for the first time in Timor-Leste, will make it possible to handle large-capacity ships, with loading and unloading rates higher than those observed in the current port of Dili. The delivery of this initial equipment is a major step in the construction of the terminal, which aims to improve logistics services in Timor- Leste.

Entrusted to Bolloré Ports in 2016 following an international call for tenders, the project represents a total cost of $490 million over a period of 30 years, ranking as the largest ever to be completed in Timor-Leste with a private partner.

Bolloré Ports is a global player in port activity and operates 21 concessions worldwide, including 16 in Africa. As the leading operator of port infrastructures in Africa, Bolloré Ports continues to develop and invest in Africa, and also in Asia, the Middle East and Central America. Its know-how is based on three main areas of expertise: management of port concessions, port handling and maritime consignment.