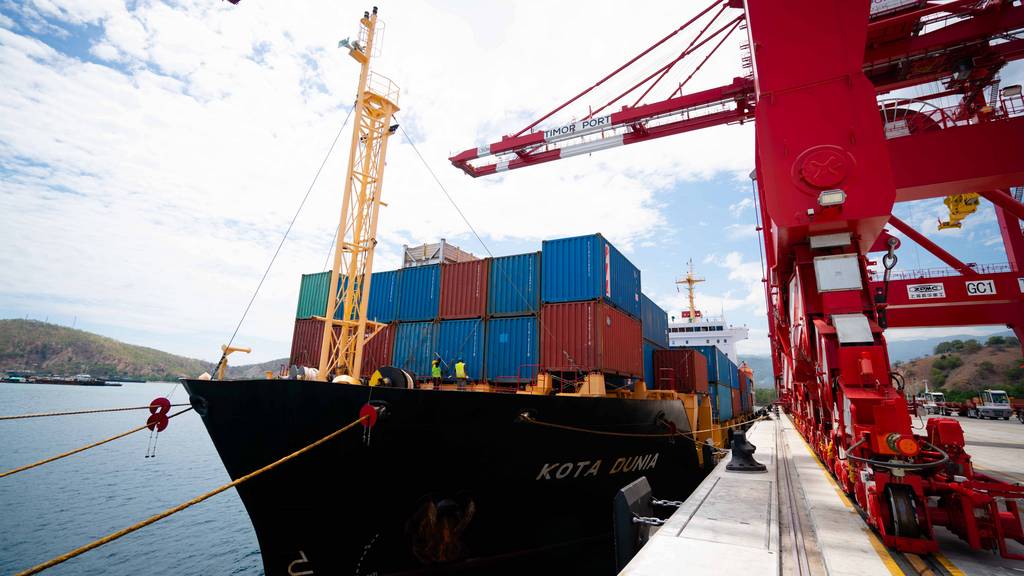 The trial call by the two vessels enabled the testing of the reliability of the installations deployed within the new infrastructure.In particular, it facilitated the testing of the operating systems for the management of land and sea operations, as well as the handling equipment and the coordination of the teams, which were practiced for the first time in real conditions.

After two days of testing, all the systems, in particular the Terminal Operating System (TOS) interfaced with the invoicing and customs systems, demonstrated their total efficiency. Similarly, the handling equipment gave full satisfaction and enabled the teams to load and unload nearly 1,000 containers on board the two ships during this test phase.

"Our teams successfully docked and handled both vessels. This was made possible by a training programme with experts from our network who came specially to share their knowledge and experience in the port field. Today, we are ready to take the next step and start our activities, and we would like to thank MELL and PIL for working with us closely on the trial call by the two vessels," says Laurent PALAYER, Managing Director of Timor Port.

"Thanks to the investments made in the construction of this new infrastructure, the deepwater port of Tibar will become a world-class port open to all lines. Its commissioning is also accompanied by a local development policy to promote employment on a national scale and thus encourage the country's economic growth and numerous initiatives to preserve the biodiversity of Tibar Bay," says Olivier De Noray, Managing Director of Ports and Terminals at Bolloré Ports.

These tests come less than a month before the launch of operations at the new Tibar Bay port. Following an international call for tenders launched by the East Timorese authorities, Bolloré Ports was selected to carry out this ambitious project, the first public-private partnership in the country. This new infrastructure, built in compliance with environmental standards, aims to achieve a level of productivity and performance worthy of the largest ports in the world.

The first public-private partnership in the country, Timor Port represents a total cost of 490 million dollars over a period of 30 years. The new port will be located in Tibar Bay, 12km from the capital Dili. It will be equipped with some of the most modern handling equipment and operating software to allow the operation of container ships of over 7,500 TEUs, thus achieving a level of productivity and performance Press release – Timor, 21 September 2022 worthy of the largest ports in the world. The ambition of Timor Port is to facilitate the country's trade with the rest of the world, particularly with China, Northern Australia and Asian countries, and to make Tibar a transhipment hub and a major maritime gateway to the Asia-Pacific region. To develop employment opportunities for all Timorese, Timor Port has implemented strategic plans and recruitment phases that will allow the growth of the project to benefit more and more local jobs.